TSD has invested in the field of Space Imaging Equipment with the objective of becoming a European leader in this field. The technological achievements in the area of on board high performance and highly integrated systems (dedicated to real time data handling of optical payloads) are the result of a long process and large investments done in the last 20 years.

The H2CS is a highly compact and high performance camera system, specifically designed for CubeSat and more in general for very small Spacecraft Platforms. The Camera System is composed of a primary Camera with a ±2.05° (diagonal) NFOV (Narrow Field Of View) and motorized lens, so to provide autofocus capability, and a secondary Camera with a ±32.5° (diagonal) WFOV (Wide Field Of View). Both cameras can be equipped with a 12Mpixel B/W or color CMOS image sensor and share a common main electronics.

The System offers real time image processing capability and includes also a non-volatile 64Gbit mass memory for raw and processed image data storage. Key features of the camera system are the low mass/low volume and a remarkable 48Mpixel/s image data throughput, despite of the very low power consumption <7[W] @5VDC, that includes also the actuation of the motor for the focusing.

The payload, named STREEGO, is characterized by a compact envelope (320 x 600 x 600 mm3), reduced mass (<20Kg.), and competitive cost. The optical design is based on a Three Mirror Anastigmatic (TMA) configuration, which adopts a 12Mpixel large two-dimensional CMOS sensor, in order to provide, at a nominal altitude of 600 km, a Swath of 11.3 Km, a Ground Sampling Distance (GSD) of 2.75 m for panchromatic images and 5.5 m for multispectral images. The original design solution allows the integration of all the electronics directly on the Telescope structure, thus avoiding the need of external electronic units and minimizing the overall Payload volume and mass.  The available data throughput is 157.97Mpixel/s at 10bit/pixel and 131.51Mpixel/s at 12bit/pixel. 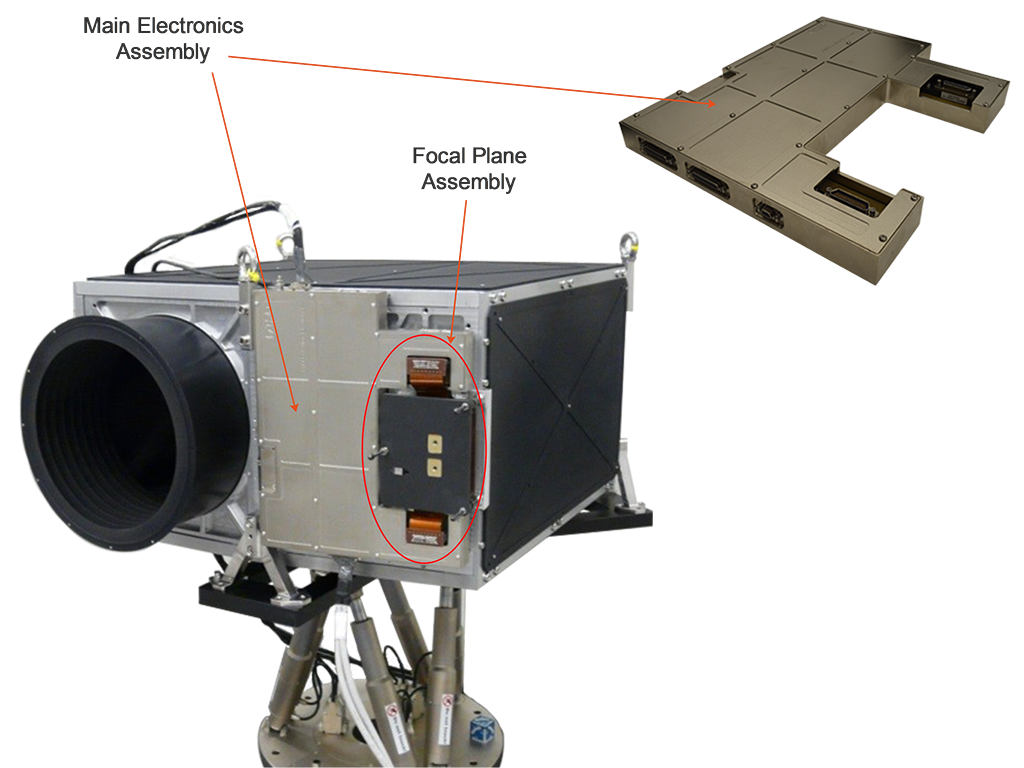 Vision-based navigation can be considered as a major enabling navigation technology in support of several space applications, such as lander and rover autonomous navigation for deep space exploration, precise Rendezvous and Docking for On-Orbit Servicing and high accuracy relative navigation for spacecraft Formation-Flying.

In this context, MOSS (Multi-Ocular Smart System) has been developed with the aim of providing real time processing capabilities, significantly higher than the ones of similar systems currently available. The system is characterized by low mass and low power consumption, thus being also compatible with small space platforms.

The Digital Video System (DVS), based on an evolution of TSD’s H2VMU platform, was specifically designed for Scientific Payloads on board the International Space Station (ISS). It represents a mature, robust and effective solution offering to the ISS users a very wide range of possibilities, in terms of video resolution & frame rate and real-time image/processing compression, and it is able to fulfill the increasingly demanding requirements of the image diagnostics.

The DVS provides real-time video acquisition, high compression using advanced Wavelet algorithms, storage and transmission of a continuous flow of video with different characteristics in terms of image dimensions and frame rates. The DVS is able to operate with the latest generation of high-performances cameras acquiring high resolution video images up to 4Mpixels@60 fps or high frame rate video images up to about 1000 fps@512x512pixels.

The DVS has been adopted by the EML (ElectroMagnetic Levitator) facility that is accommodated in ESA’s EDR in the European Columbus Laboratory on board the ISS since August 2014.

The EML is a jointly ESA and DLR program, primed by AIRBUS, able to provide containerless melting and solidification of electrically conductive, spherical samples, under ultra-high vacuum and/or high purity gas conditions. 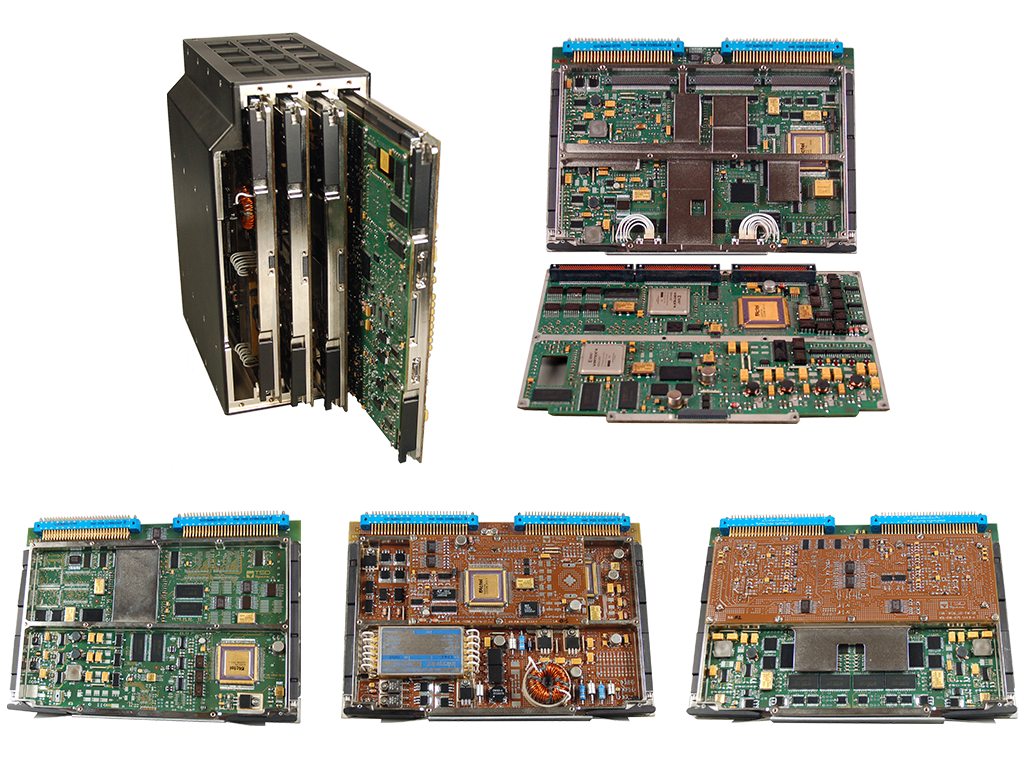 The PRISMA mission was primarly a RVD and Formation Flying technology test bed. It consisted of 2 spacecrafts – named Mango (Main spacecraft) and Tango (Target Spacecraft) – orbiting in LEO sun-synchronous orbit at around 600-1000 km.

Two spacecrafts, launched on June 15, 2010, were nominally operated till August 2014, when a malfunction in the propulsion system caused the end of the mission. During the 4+ years of mission, the TSD’s Camera System collected and made available on Ground a huge number of images, thus allowing the verification of the AOCS and GNC performance and the overall system status. 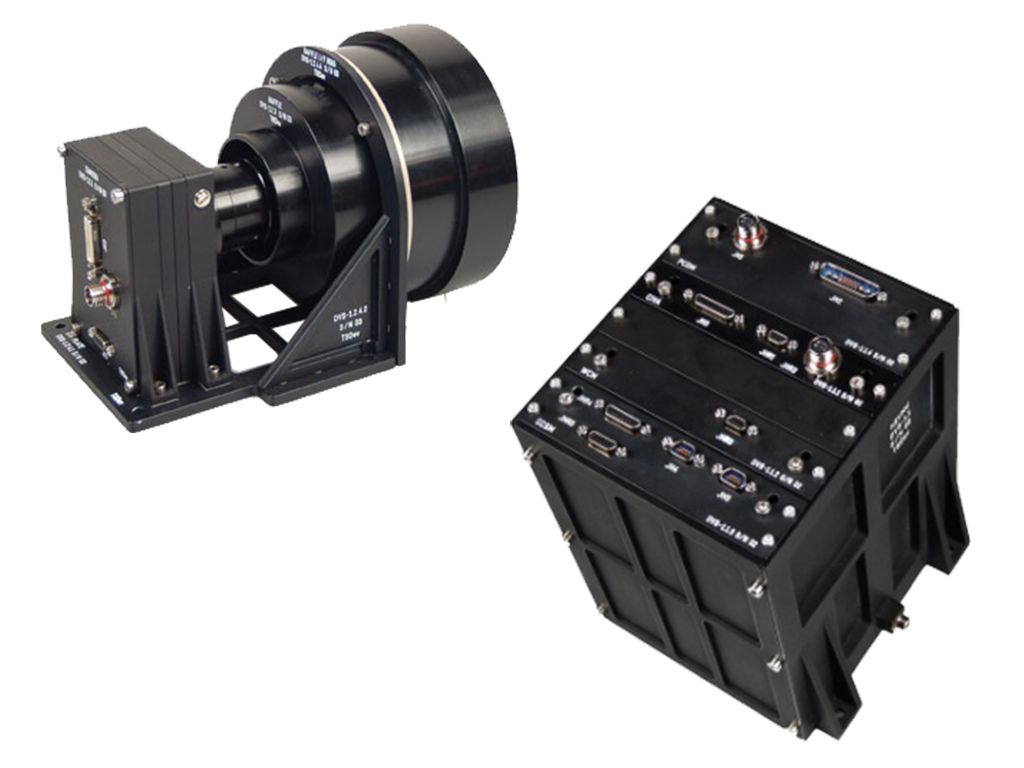 The Erasmus Recording Binocular 2 (ERB-2) is a digital stereoscopic camera allowing the simulation of human binocular vision. The ERB-2, primed by Cosine and funded by ESA-ESTEC, was a technology experiment  flown on board the ISS able to capture and send to ground 3D films and related audio of the scenes seen by the camera itself. TSD developed the camera Flight Electronics and the Ground Segment.

The ERB-2 was launched on February 2010 and the first tests were successfully performed in July and August 2010. On March 2011 the Astronaut Paolo Nespoli conducted a fly-through filming program, starting in Kibo JPM (JEM Pressurized Module) and proceeding through Node-2, US Lab, Node-3 with Cupola to COLUMBUS Laboratory.

The Digital Video System (DVS) is based on a distributed architecture specifically designed to support microgravity experiment modules on board Sounding Rockets, providing video acquisition, compression, on board storage and video data transmission to Ground.

The DVS is a system that comprises both flight and ground equipment. Core of the DVS is the flight unit named High resolution/High frame rate Video Management Unit (H2VMU), that, starting from 2005 (maiden fight on board MASER 10 ) and with continuous enhancement/customization, has been employed for a significant number of missions.

The H’VMU is based on a modular architecture comprising compact and low power modules, each of them implementing a set of specific functions. The specific requirements of an Experimental Module can be satisfied by putting together a proper number and type of modules.

We use cookies to ensure that we give you the best experience on our website. If you continue to use this site we will assume that you are happy with it.OKPRIVACY POLICY